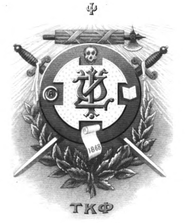 The seal of the Psi
On January 1st, 1868, three young men who had transferred from the University of Michigan founded Cornell's first fraternity, Zeta Psi. From the very start, Zeta Psi had as its goal to recruit the finest men from a fine university, and the founders took it upon themselves to do just that. The early days of Zeta Psi at Cornell were characterized by a small, but strong brotherhood, committed to academic as well as athletic excellence. In 1869 it was a group of Cornell Zetes who first published what is now known as the Cornellian. The crowning achievement for these early fraternity pioneers was the construction of the most expensive fraternity house ever built at the time, in 1891, located in the space where a parking lot now exists across from The Chapter House on Stewart Ave.

Brother Henry Schoellkopf, class of 1902
The Psi chapter Zetes occupied that incredible house until the 1940s, when the brotherhood lost many members due to the draft of World War II. When brothers returned from the war, they moved into the building that is now the Jewish Living Center. The original house burned down in the late 1940s, never to be rebuilt. Zeta Psi occupied that house until the late 1950s when they moved into the house that stands at 660 Stewart Ave.
Zeta Psi received a magnificent opportunity in 1972, when a wealthy alumnus donated enough money to purchase the rights of the house standing at 534 Thurston Ave for Zeta Psi as long as it exists at Cornell University. Zeta Psi has continued to reside at that location ever since.
Zeta Psi has had a long and distinguished relationship with Cornell University, having many distinguished alumni including the entire Schoellkopf family, donators of the university football field. It has always been important for Zeta Psi to recruit the finest men on Cornell's campus. Throughout our proud history, we have always had a good share of campus leaders, academic achievers, and intercollegiate athletes.

If you are considering joining a fraternity, or are simply interested in seeing the embodiment of what the word brotherhood means, stop by 534 Thurston Ave., home of Cornell's first and foremost fraternity. 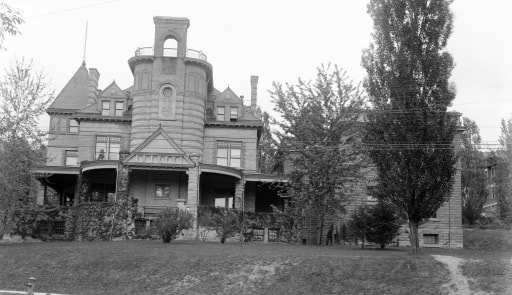 Our original house on 415 Stewart Ave